This year’s main field season had lots to offer. 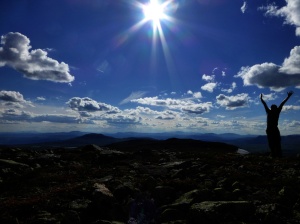 Trekking on Lillfjället in Jämtland one day in June.

In these two months I have gone through 10 out of 21 counties and stayed at ten different places. I have spent eight nights in the field car, waking up to the beautiful sound of nature.

One morning, waking up, I wrote: “I open my eyes to the first rays of the morning sun. It is a blissful sight after what feels like two weeks of continuous gray skies. I lean to the left and open the door to my car and am met by a world of bird twitter. After starting the day with a couple of hours of field work in the taiga I head down to a nearby lake. The water is cold. It is interesting how quick a bath can be yet still be amazingly refreshing. Two thunderstrikes can be heard from the distance but the sun shines here.”

Working in Gävleborg on 22 May I came across a bear that nearly killed a moose calf. After being dragged into a thicket the moose calf managed to escape. I have also seen beautiful fox pups playing and a wild boar family grazing.

Taking a break from work I one day went to the nature reserve Kilsravinerna in Värmland. Later, working in Gävleborg I walked through oceans of the wonderful Lily of the valley (Swedish: liljekonvalj). I have never before seen such amounts of this flower. In southern Sweden, while crossing boglike areas I was stunned by the awesome smell of wild rosemary (Swedish: skvattram). Coming across sweet gale (Swedish: pors) is equally enjoyable.

In the beginning of June I worked up by the foot of the Swedish alpine mountains. One day I trekked on Lillfjället enjoying the vast scenery of the Swedish landscape. I also worked around Sonfjället, known for its bears. 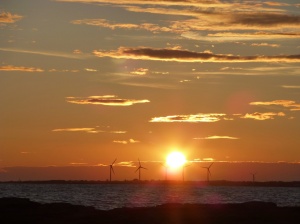 Down in Falkenberg enjoying a bit of time off.

In these two months I have worked 120 % in the field and at the same time 75 % with the snow leopard book. It is progressing steadily and we are now editing the texts. In August the book will be sent in for layouting and it will be out on the shelves in October. You can read more updates on our work on our Facebook page. 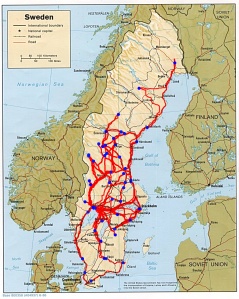 Five years of summer field work involves a lot of traveling, working in some of the most remote areas of the country.

In these five years of summer field work I have worked over most of Sweden, seeing the smallest of towns and villages and the grand nature of the country, bathing in waterfalls, climbing mountains and encountering many of wild Sweden’s inhabitants.

It is time for some time off.