Working with black-footed cats in South Africa. This one is tranquilized and was to be fitted with a collar.

I have done various sorts of field work on Eurasian lynx, brown bear, gray wolf, moose, hare, capercaillie, otter and other species across Sweden. Internationally, I have worked with puma and jaguar in Brazil and black-footed cat in South Africa. I have also done a bit of zoo-keeping and information work with snow leopard, Amur leopard and other carnivores. A lot of what I do is information work, such as public talks, teaching, information videos, photography and articles. Some of what I’ve covered in magazines are the Persian leopard reintroduction programme, the Amur leopard situation, the effects of border fences on wildlife and the conservation project for the Iberian lynx in Spain. I wrote a book on snow leopards in Swedish together with Jan Fleischmann back in 2014, talking about the species’ biology, research, threats, conservation and much more. It is possible that the book will be released in English in the future.

I also work with and within NGOs. I coordinated The Swedish Carnivore Association’s regional work between 2013 and 2014. I also occasionally organize conservation events, among them two carnivores symposiums in 2004 and 2012.

One of my first projects was with Eurasian lynx in Sweden where we did snow tracking for one winter season and also interviewed locals about the decline of roe deer, its main prey. Eurasian lynx has since been one of my focal species. It is one of four large carnivores in Sweden.

Working with puma and jaguar in Brazil. This is part of the team from Programa Amigos da Onça.

I am currently focusing on the following species: 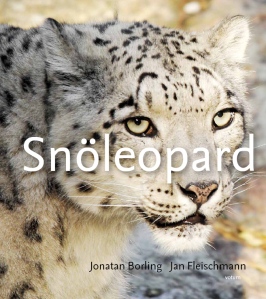 “Snöleopard” by me and Jan Fleischmann, released in 2014.

I am based in Uppsala, Sweden. You can reach me at: jonatan.borling@gmail.com

Scenes from my work over the years 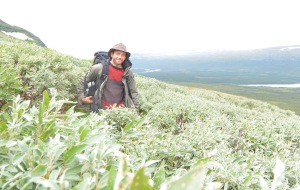 Hiking in Padjelanta and Stora sjöfallet national parks in August 2020.

Showing roe deer tracks during a guided tour in September 2019.

Talking rhetoric and how to communicate animal ethics in April 2019.

Doing beaver safaris for Biotopia in June and August 2018.

Talking ten things you probably didn’t know about gray wolf in a video by Biotopia. September 2017.

Doing field work on puma in Caatinga, Brazil in May 2017.

In three videos released in 2017 by Biotopia’s Naturpodden and Natursidan.se, I teach how to identify tracks of grey wolf, Eurasian lynx and brown bear.

Camping up on Flatruet in Jämtland during the Arctic fox introduction course, June 2016. Photo: Staffan Wallner.

My role as the “Professor” in Mittmedia’s nature documentary series Vildriket, where I talk about interesting phenomena in nature. February 2016. 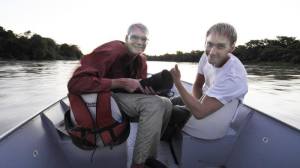 Jan Fleischmann and myself searching for jaguars in Brazil, November 2015.

Jan Fleischmann and myself at the release party for our snow leopard book “Snöleopard”. It was released on the International Snow Leopard Day, 23 October 2014. 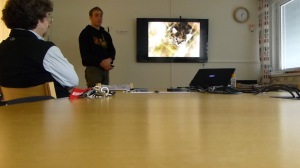 I hold a talk entitled “Working with carnivores” at Karlstad University in March 2014. Photo: Linnéa Kjellberg

Participating in the International Snow Leopard Conservation Forum, hosted by the president of Kyrgyzstan. 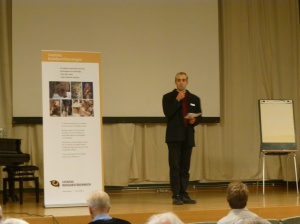 Hosting of a seminar organized by the Swedish Carnivore Association in the fall of 2013. Photo: Marie Bergquist

Searching for Asiatic lions in Gir National Park in India in the last days of 2012. Photo: Josefine Söderlund

I visit the awesome team from the El Acebuche breeding center for the highly endangered Iberian lynx in the fall of 2012. Photo: Sandra Barba

Holding a talk on lynx biology at Nordens Ark for the Swedish Society for Carnivore Conservation in October, 2012. Photo: Ingemar Pettersson 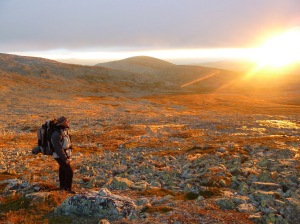 Trekking on Sonfjället scouting for brown bear in the fall of 2012. Photo: Madelene Blomqvist

Looking at how much moose forage on pine trees in the summer of 2012. 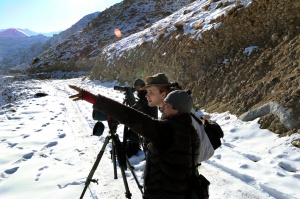 Spotting for snow leopards in the Himalayas in Febuary 2012. Photo: Jan Fleischmann

Holding a talk on the effects of what we eat on conservation in late 2011. Photo: Kai Zimmerl 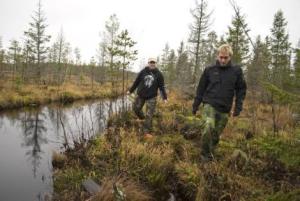 Working with black-footed cats in South Africa in 2011. This one is sedated but will not be fitted with a radio-collar since it is just a bit too small. Photo: Beryl Wilson

Out scouting for wolf and moose in the winter of 2011. I am showing frozen scats from a wolf pup. Photo: Mareike Pollitt 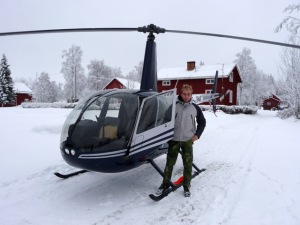 We are mostly up in the air spotting for moose during a moose census in Dalarna and Norrbotten in 2010. Photo: Johan Truvé

Found signs of otter during the otter census in Värmland in 2010. Photo: Filip Jansson

Censusing moose, roe deer, hare and capercaillie at Grimsö Wildlife Research Station in April and May of 2010.

Pointing at wolf scats in northern Värmland in the winter of 2009. Photo: Eleonor Gladh

Out looking for wolf and lynx tracks in the winter of 2009. 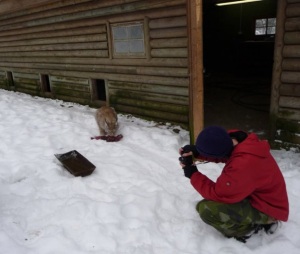 Taking pictures of lynx in 2009 during a one day visit to Skånes Djurpark to see how they work with zoo-keeping. Photo: Emelie Nilsson

Working with snow leopards, Amur leopards and other carnivores at the conservation station Nordens Ark in 2008 doing zoo-keeping and guiding. 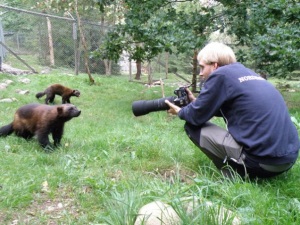 Taking pictures of wolverines during a day off from work at Nordens Ark.

Pointing at signs of otter during an otter census in Västerbotten in the fall of 2007. 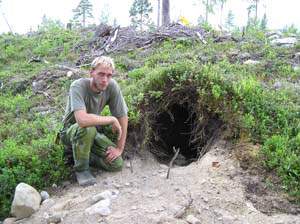 I helped out at the Scandinavian Bear Project in the summer of 2006. This is by a bear den. 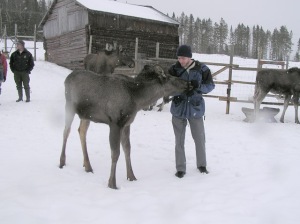 A moose says Hi during a visit to a moose park outside of Åre in 2005.

Together with Mikael Jansson I analyzed scats that we collected of lynx in the winter of 2004 to find out what they had been preying upon.

I watch as the Nyskoga wolf pack male has been tranquilized by Grimsö researchers and fitted with a GPS-collar in 2003. Photo: Lena Brorsdotter