There is an article on the snow leopard forum 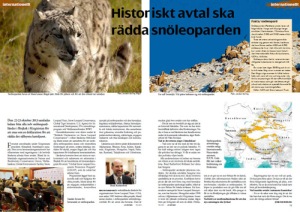 Bishkek is the capital of Kyrgyzstan and lies just next to the vast Tien Shan mountain range.

On 19 to 26 October I traveled to central Asia to the country of Kyrgyzstan to participate in the Global Snow Leopard Conservation Forum.

Leaders from all twelve snow leopard range countries agreed to a declaration to save the species from extinction. The seminar was hosted by the president of Kyrgyzstan, Almazbek Atambayev in cooperation with organizations such as the World Bank, Snow Leopard Trust, Snow Leopard Conservancy, WWF, NABU and others. 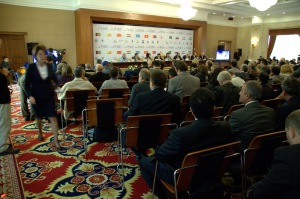 One of many seminars and discussions at the Global Snow Leopard Conservation Forum discussing the conservation of the big cat.

The country delegations agreed on the final draft and the agreement was signed on 23 October. Along with the declaration, the countries also agreed on an action plan, the Global Snow Leopard and Ecosystem Protection Plan, which deals with specific plans on how the goal is to be reached.

After the forum I spent a full day in Ala Archa National Park. It is beautifully situated in the Tien Shan mountain range.

On my way back from Kyrgyzstan I stopped by in Istanbul in Turkey for a full day exploring the city. Situated just in between the Sea of Marmara and the Black sea, it is the connecting point between Asia and Europe. Exploring Istanbul was very nice although the city’s vast tourism industry takes a bit of the charm away from it. 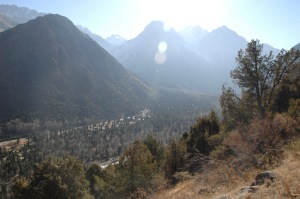 I spent a full day walking around in Ala Archa National Park which is situated just 40 kilometers south of Bishkek. Some peaks reach to nearly 5 000 meters above sea level.

I am next to one of the signs of the forum.